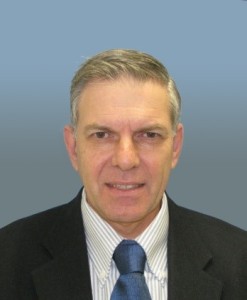 Ram Fabian,   President and CEO of RFV Ltd., Haifa, Israel, founded the company in 2015. The company excels in strategic consulting and technical support to customers world-wide.

Leaving a military career as a recognized Major in the Israeli Defence Forces (IDF),  in 1982 Ram embarked on various engineering and managerial pursuits, most notably as an Engineering Group Leader at RAFAEL and other hi-tech companies.

In 1990, he was appointed Program Manager for the Air-to-Surface Directorate of RAFAEL’s Missile Division.

Between 1995-1997, Ram held the position of Program Manager at AG Associates, based in California, USA.

From 1997-2008, Ram served as Chief Engineer and Business Development Manager for RAFAEL’s Electro-Optics Systems Directorate, where he spearheaded the development of the next generation of the Litening Targeting System that was subsequently deployed among many air forces around the globe.

In the interim period (2005), he established and then went on to manage the Warning and Locating Systems Product Line as part of the Electro-Optics Directorate, leading it to multi-million dollar achievements.

In 2008 he was appointed Senior Director for the Land Warfare Systems Directorate at RAFAEL. Position he held for 6 years till 2014. The Directorate under his management, developed, manufactured, marketed and sold to military customers world-wide a family of remote-controlled weapon stations and systems for launching, mine breaching, underground and unmanned operations, utilizing, among others, high-power lasers and high-power microwave technologies.

Ram holds a BSc and MSc in Electrical Engineering from the Technion Institute of Technology, Haifa, Israel.